Uefa president Michel Platini has failed in his bid to have his 90-day provisional ban from football lifted. 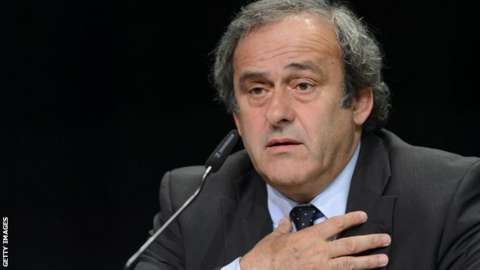 Platini’s request was denied by the Court of Arbitration for Sport, which means the Frenchman will not be allowed to attend the Euro 2016 finals draw in Paris on Saturday.

The 60-year-old was suspended in October, along with Fifa president Sepp Blatter, while corruption claims are investigated.

Both deny any wrongdoing.

Platini and Blatter will have personal hearings with Fifa’s ethics committee next week, following allegations that a Â£1.35m payment was made in 2011 for work Platini did as Blatter’s adviser.

A verdict is expected on Monday, 21 December.

If God would have come to me and said he would take me and spare Kobe, I would have rather that happened – Lamar Odom pens down emotional tribute to late NBA legend