Connect with us
64
SHARES
FacebookTwitterSubscribe 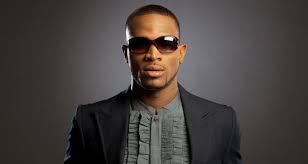 Pop star D’banj has explained the allegation of song theft levelled by his music producer DeeVee against rap star Olamide.

DeeVee, D’banj’s producer, in a series of tweets had claimed that Olamide (Baddo) stole a line in his Don’t Stop track from an unreleased D’banj song called Shake It.

Speaking with one of NaijaLikerz officials on Tuesday, December 15, D’banj said several musicians do come to his house, listen to songs he is recording or recorded and get inspired by it.

“I didn’t know about the message from DeeVee but the truth is the truth. My house is open; I have songs you guys have not heard. I have songs that I’m about to release with producers you guys have asked me to work with. From time, anyone can come into my studio and listen to our songs and not just Olamide can come in. To me, it’s not stealing, I see it as inspiration.

This particular one, this is a line I have been saying for a long time, “Shake it, don’t break it, it took your mama nine months to make it” I actually heard it from Prince Aremo Oniru. Even Baddo (Olamide) had played about it saying,”Baba if you no use this line I go use am” but I said I go use am”

Speaking on his relationship with another Yoruba-lingo rapper, Reminisce, he described the rapper as an artiste he likes for his zeal and hustle.

“Reminisce bad boy o cover mi. Reminisce will be going on tour with me, Timaya will be on the tour, Olu Maintain,” he said.

The pop star D’banj hosted members of the media in Ikeja, Lagos to a private screening of his soon-to-be-released visual EP An Epic Journey.

64
SHARES
FacebookTwitterSubscribe
Related Topics:
Up Next