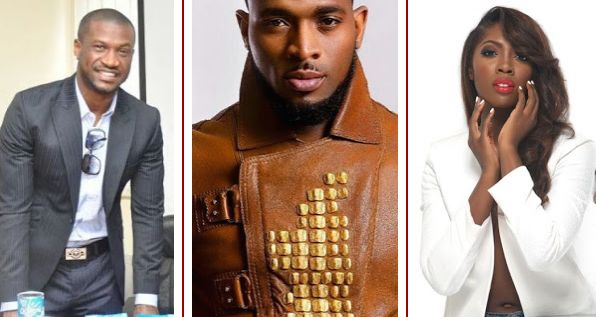 It’s here finally, as T.I.N Magazine brings you facts and rankings about the highest paid musicians in Nigeria for year 2016.

So here we are going to list out the Top Ten Nigerian artistes that made the highest money within the past 12 months; which is from December 1st. last year to November 30, 2016.

Here we are going to rank them according to how much they made from:
– Digital sales (iTunes, Music+, YouTube)
– Shows (How much they charged for shows and how often they were called)
– Concerts + Tours (How big their concerts&tour were)
– Brand endorsements (How many and how huge)
Withing the past 12 months.

10. KOREDE BELLO
Korede loved by his “bellovers”, we can tell for sure the cute singer made most of his money within the last 12 months from digital sales. Not all his singles were hits in Nigeria this year but he sold a lot on digital platforms, the singer has quite a lot of fans internationally so they often buy his songs and watch his music videos a lot on YouTube. Korede didn’t get called for many shows but he had a few. The singer also has an active endorsement deal with the telecom giant GLO.
Estimated 2016 earnings is between: 60 – 100 million naira.

Remember he is signed to a record label so the earnings were shared between him his label.

9. TEKNO
The artiste of the year Tekno Miles is among the artistes who made the most money this year. Starting from digital sales Tekno dropped about 6 singles within the last 12 months and all were hits, they sold really well on several digital platforms with amazing views on YouTube, he made most of his money this year digitally as he sells even beyond Africa. Tekno made a lot from local and international shows, he also had a sold out tour this year. He had a 5million naira endorsement with MTN.
Estimated 2016 earnings is between: 80 – 110 million naira.

Remember he is signed to a record label so the earnings were shared between him his label.

8. KISS DANIEL
We can basically tell you Kiss Daniel is the Nigerian artiste that headlined most shows in Nigeria and outside Nigeria this year. The singer made a lot from shows the singer we can say had a show or 2 two to headline almost every week of the year. Kiss Daniel dropped his album NEW ERA which was one of the best selling albums in Nigeria 2016, his hit songs MAMA and JOMBO where said to have sold hundred of thousand records this year. Kiss Daniel does not have any popular endorsement deal but he made quite a lot naturally from music this year.

Estimated 2016 earnings is between: 90 – 110 million naira. Remember he is signed to a record label so the earnings were shared between him his label.

6. DAVIDO
Yes, the OBO earned quite well this year. Earned well from digital sales, and most especially his successful tours. Davido in December 2015 performed to an audience of about 30,000 people, Davido in 2016 also had a lot of attendants in his tour and also had successful shows. He also signed a deal with Pepsi said to be worth 100 million naira. Davido active endorsement deals includes: MTN deal, Pepsi deal. He charges between 5-8 million naira per show.

5. OLAMIDE
The YBNL label boss is a music business man and an A-list artiste himself, we ranked him based on the money he made from his brand as a music act. Olamide dropped an album in December 2015 an album which sold quite well on digital platforms, Olamide continued to drop several hit singles within the year which sold quite well too, Olamide headlined many popular shows in 2016, went on a sold out world tour and his OLIC2 concert in December 2015 was a total sold-out. Olamide is also a brand with many endorsements, they include; ETISALAT, SUREBET,CIROC,GUINESS deals.

The “Starboy” had an amazing year, starting from his Ojuelegba remix featuring Drake we learnt the song grossed over one hundred thousand dollars as of December 2015. Wizkid hasn’t dropped many offciial projects within the last 12 months but the few he dropped made a lot from digital sales. WizKid also earned royalties from the biggest song in the whole world for year 2016; (One Dance). The starboy also had a hugely successful world tour in 2016. Within the past 12 months his active endorsement deals include; GLO deal, PEPSI deal. He charges between 5-10 million naira per show.

3. TIWA SAVAGE
It was a very great year for the most popular female artiste in Africa. Tiwa savage dropped her sophomore album last year December and the album broke and set a couple records when it comes to digital sales. According Music+ Tiwa’s RED album is the most bought album on the platform, the album also did great on iTunes and YouTube. The singer also had a sold out tour this year, and the biggest of all Tiwa Savage’s endorsement keeps piling up, her active endorsement within last 12 months includes; MTN DEAL, Forte Oil Deal, Pampers,Maggi,Konga And Pepsi which all are multi million naira deals. She charges between 4-6 million naira per show.

2. D’BANJ
You all know the name D’banj is a huge one in the showbiz, D’banj is a business man and a music act. But here we only used D’banj’s earnings from music within the last 12 months to rank him, criteria which includes; brand endorsement of course, digital sales, tours and concerts. The singer was called for popular shows and went on a tour this year, even though we can tell he didn’t make much from digital sales the singer made a lot from brand endorsements which includes; Ciroc deal, Glo Deal, Bank of industry deal, SLOT deal, and MTN deal. He charges between 6-10 million naira per show.

1. PETER OKOYE (MrP)
Well, you may not be expecting this but after our research and contacts the singer was the one who earned the most as an artiste this year. Peter who goes by the stage name: MrP made a lot of money from brand endorsements which was his major source of earning within the last 12 months. Leaving his brother behind peter has gotten endorsement deals from huge brands locally and globally within the last 2 years. Peter also gets a 50-50 share of whatever PSQAURE as a band earns from endorsements,digital sales and shows.

Related Topics:
Up Next

Nigeria @ 56: Read What Celebrities Are Saying About the Journey So Far