Marco Reus has penned a new deal with Borussia Dortmund expected to keep him at the German club until 2019.
The midfielder, 25, has been linked with a move to Real Madrid and a host of Premier League clubs but has now signed a new two-year contract extension.

“Marco Reus, has prematurely extended his contract with the eight-time German champions until June 30, 2019,” Dortmund announced on its website.

The €17m signing from Borussia Monchengladbach in 2012, had two more years to run on his previous contract. 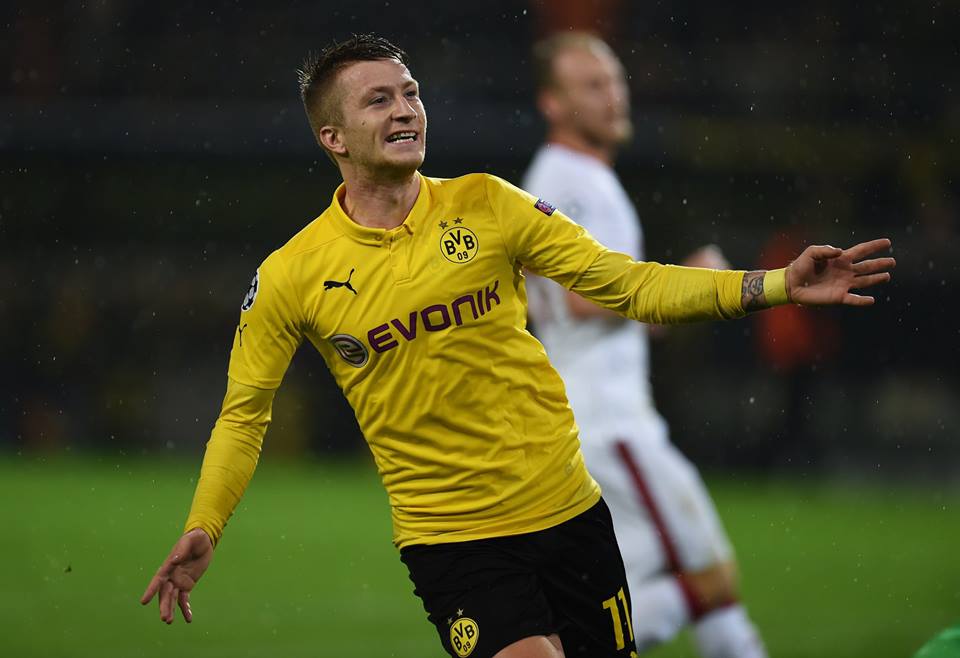 He contributed seven goals in 23 appearances last season before his progress was halted by an ankle injury, which forced him out of the 2014 Fifa World Cup.
Reus, who is currently out with an ankle ligament injury, said: “I am very happy with my decision to stick with BVB.

Dortmund is my home town and my club is Borussia. I look forward to enjoying a successful future with our team, with our fantastic fans behind us.

There is plenty for us to do, and I want to tackle it all head on!”
Dortmund have struggled in his absence and are currently struggling to escape Bundesliga relegation zone.
Managing director Hans-Joachim Watzke added:

“We never let ourselves be distracted by all the rumours and, while a change is often seen as a good opportunity, this exceptional player has deliberately opted for a future with Dortmund.

“Marco can shape a new era in Dortmund, just like Uwe Seeler did with Hamburg and like Steven Gerrard has with Liverpool. The fact Marco has made this decision in the middle of a sporting crisis for BVB shows a high level of loyalty, of which we are very proud.”