The Lagos State PoliceCommandhas arrested a woman, Sade Onafowopo, for her alleged role in the death of a lotto agent, Oluwatosin Efuneye, 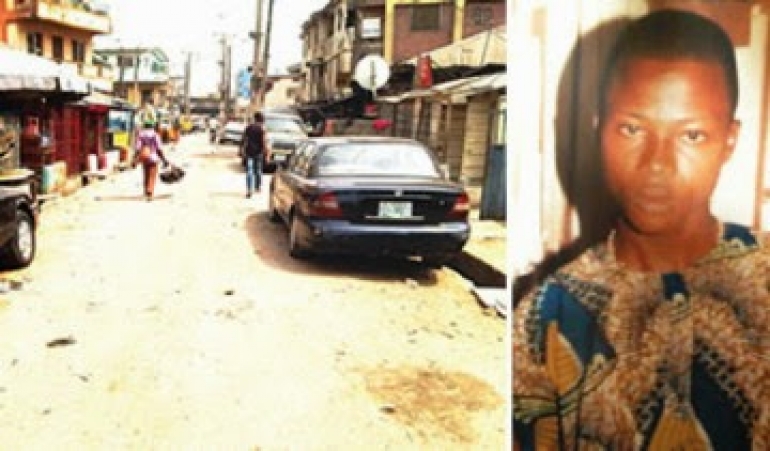 Punch Metro learnt that Efuneye was allegedly beaten to death in the Ojuelegba area of Lagos by thugs who were carrying out Onafowopo’s order to torture the lotto agent.

Eye witnesses said <bOnafowopo, who was Efuneye’s boss, ordered the punishment because the deceased reportedly deducted N500 from the money paid by a customer.

Our correspondent gathered that the incident occurred last Thursday, January 15, on Makinde Street, Ojuelegba, where Onafowopo, popularly called Shandy, lived and had her lotto shop.

Our correspondent learnt that 31-year-old Efuneye, who hailed from Ijebu Ode, Ogun State, collapsed during the beating, and was afterward rushed to a private hospital in the area where he was confirmed dead.

The matter was reported at the Area C Police Command, Surulere.
When our correspondent visited Efuneye’s apartment on Olaniyi Street, Somolu, on Saturday, the deceased’s father, Pa Efuneye, said his son still called him on the phone on Thursday morning that he was heading for his boss’ (Onafowopo) place to remit the lottoproceeds.
He said,
“Tosin (Efuneye) was doing the lotto business at Esan Ogboogun Street, Somolu. But he would normally go to Ojuelegba every morning to remit the previous day’s proceeds to his boss, Shandy. He stayed inthis housewith his younger brother. He was not married.
“What happened on last Thursday was shocking. I learnt that when he got to Shandy’s place, the woman said a customer came to complain that Tosin had deducted N500 from the N1,000 which the customer used to play the lotto. The customer then claimed he had won N240,000, and demanded his winning.
“Shandy did not wait for any explanation from Tosin. She arranged for thugs on her street to torture him. They stri*ped him to his underwear, and beat him up. Shandy did not report to the lotto’s head office in Lagos State. She did not report to the family or to the police.
“She and the thugs beat up Tosin until he collapsed. They rushed him to a private hospital, but he was already dead. When I learnt about the matter, I called Shandy on the phone, she refused to pick my calls.”
Our correspondent learnt that Onafowopo, a principal lotto agent, has shops with clerks in the Ojuelegba and Somolu areas.It was also gathered that Efuneye, who was to get marriedthis year, had worked with Onafowopo since early 2014.
When Punch Metro got to Makinde Street, our correspondent observed that Onafowopo’s shop and residence were locked.
Our correspondent gathered that Efuneye’s relatives had gone to the lotto’s head office at Surulere to file a complaint of their son’s death.
The Lagos State Police spokesperson, DSP Kenneth Nwosu, confirmed the incident.He said Onafowopo was being interrogated to identify other miscreants involved in the incident.
He said,
“The suspect is in our custody, and she is helping the police with information to arrest other suspected killers of the deceased.”