3 Things Every Woman Should Do After s*x 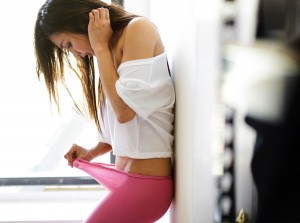 3 Things Every Woman Should Do After s*x

1. Use the Bathroom — But Only If You Actually Have to Pee
You’ve probably heard that heading to the toilet pronto after s*x will help you avoid a urinary tract infection, because it rinses away E. coli bacteria that may have moved toward your urethra during s*x. (One in five women deal with the uncomfortable infection at least once their lives, according to the National Kidney Foundation, and for some women, they can become a recurrent problem.) But peeing ASAP as protection is largely a myth, says Lauren Streicher, MD, a clinical associate professor of obstetrics and gynecology at Northwestern University’s Feinberg School of Medicine and the author of s*x Rx — Hormones, Health, and Your Best s*x Ever, who notes that no large studies have shown it to have protective benefits. So if you don’t need to pee right after intercourse, don’t rush to the bathroom — waiting until you actually have to go, whether it’s 20 minutes or an hour later, won’t up your risk of a UTI, says Streicher. Instead, stay in bed and follow the next tip.

2. Recap What Just Happened, in Your Head…Then Out Loud
Hit your mental-rewind b*tton and play the events back in your head, from start to finish. If it was good s*x, think about exactly made it so good, then tell your partner which touches and moves you loved while they’re still fresh in your mind. “Now’s the best time to talk about it, since it can feel awkward to bring it up out of the blue later,” says Kristen Carpenter, PhD, an assistant clinical professor of psychiatry, psychology, and obstetrics and gynecology, and the director of women’s behavioral health at the Ohio State Women’s s*xual Health Clinic. (If it wasn’t you or your partner’s greatest performance, however, best to revisit what went wrong at a later time, she advises.) And one more thing that can help improve your relationship (in just 90 days, as one study found) is to maintain some intimacy in the post-s*x period. An Archives of s*xual Health study reports that showing affection toward each other after s*x (from cuddling and touching to romantic chitchat) was linked to more satisfying s*xual relationships — and it wasn’t just that more sexually satisfied couples were more likely to partake. The researchers found that when couples started to engage in more of this loving behavior after s*x over the course of the study, they had higher relationship and s*xual satisfaction three months later.

3. Make Note of Discomfort That’s Normal and Discomfort That’s Not
Sometimes pain happens during s*x — the two primary discomforts you might notice once in a while are pain from being too dry down there and a deeper sensation that could be caused by issues including constipation, a muscle spasm or your partner hitting one of your ovaries (more likely if you’re ovulating, as it temporarily increases the size of the ovary), says Streicher. But discomfort every time or most times you have s*x is not normal, especially if the feeling lasts for a few hours and it’s not commensurate with how, ahem, vigorous the s*x was. If that happens, talk to your doctor, as it could be a sign of a more serious issue like ovarian cysts, fibroids, endometriosis or, more rarely, gynecologic cancers.

Editor’s note: this article is solely for the purpose of marriage. it is advisable to stick to abstinence prior to marriage.